Though the lockdowns have prevented us from organizing campaigns and rallies outdoors, 2020 saw a phenomenal rise in the number of people engaging in online activism 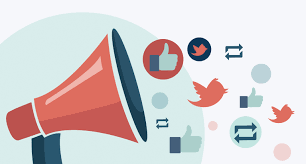 With the outbreak of the pandemic, all over the world, regular life has been disrupted. Yet as we look back on this tumultuous year, we find that we (especially Gen Z) have been incredibly productive. Though the lockdowns have prevented us from organizing campaigns and rallies outdoors, 2020 saw a phenomenal rise in the number of people engaging in online activism.

Online activism, also called cyber activism, refers to the use of the Internet and digital media for the purpose of mobilization and expressing our voices about pressing issues. Online activism, which typically occurs at the grassroots level, has a variety of manifestations due to the multitude of tools available. However, our choice of tools and platforms depends on age, residence, and other factors.

The summer of 2020 saw a large number of people opting for social media platforms like Instagram, Twitter, and Facebook as tools for outreach and activism. By early summer, #ACAB was trending on TikTok and Twitter as a part of a global protest against police brutality. South Africa saw the most number of people turning to online activism, followed by Japan, United States, and Canada. Influencers have also come to the forefront through online platforms to urge their followers to fight for justice.

Additionally, a plethora of petitions have been launched and signed online, whether it is on Change.org or other platforms, to allow people to speak out about movements such as  Black Lives Matter. Change.org itself has seen a global rise in value—it increased by 80% of the 2019 value. Moreover, youth-led organizations worldwide have seen a huge rise in the number of participants, as more people have become eager to get involved.

This year saw a rise in the number of news blogs, especially by Gen Z-run organizations, and aspiring writers who have spoken out on mental health, cyberbullying, economic inequality, and political issues. Digital media (especially TikTok and Instagram) has become a powerful tool for activism.

One prominent instance of tremendously successful online activism is the #DressLikeAWoman campaign in 2017 that was launched to celebrate women empowerment after a crude remark by President Donald Trump. The same year, the Twitter Revolution helped remove Egyptian President, Hosni Mubarak from power. However, with the #EndSARS and #BlackLivesMatter movement, 2020 activism efforts likewise made a phenomenal impact on society and forced the government to address prominent issues at hand. Cyber activsim has allowed anyone to get involved, no matter the situation, in a safe way during the pandemic. Yet, the campaigns and efforts across social media in 2020 and past years indicate that online activism will remain an incredibly useful tool even after the pandemic has ended.