Neha Chinimilli
and
October 22, 2021
in
Politics
Courtesy of NPR 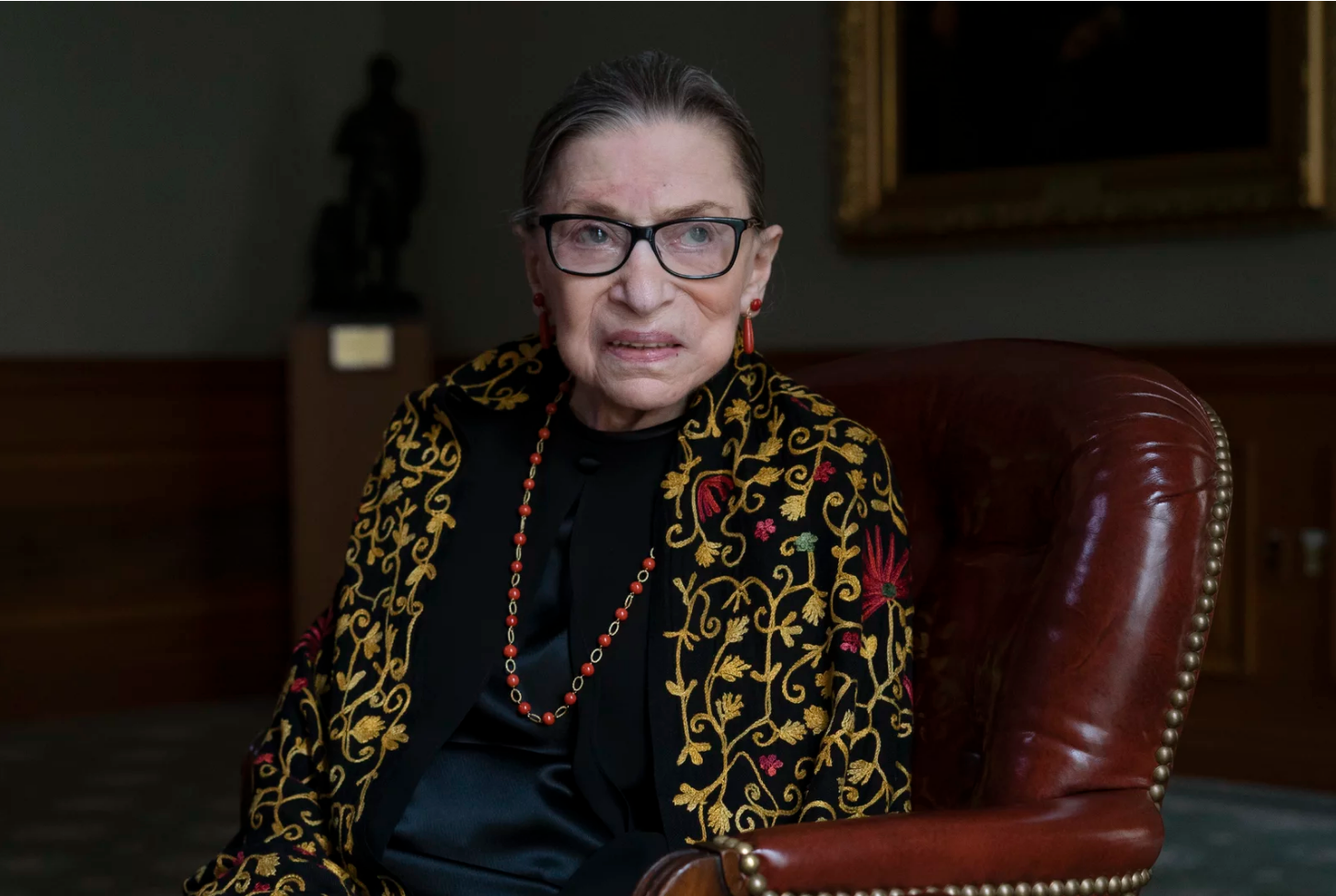 It’s been over a year since Ruth Bader Ginsburg passed away and although she may be gone, her legacy will never be forgotten. Ginsburg spent the majority of her legal career fighting for gender equality and women’s rights. Known as the “Notorious R.B.G.”,  a “juxtaposition of Ginsburg's small size and tremendous trailblazing force,” her tenacity and passion were represented by the moniker. Her time on the Supreme Court was one of great effect, as she was well-known for her impassioned dissents and pioneering actions. Her life is not only one to admire but one that many young girls and women all over the world try to emulate. She was representative of a true trailblazer: paving the way for countless others.

Ginsburg was a major advocate for gender equality and, by extension, reproductive rights. Her viewpoint on the debate was reproductive rights are about equality and when women aren’t allowed to dictate their own bodies, they aren’t being treated equally with men. In her 1993 Senate confirmation hearing, she argued, “The decision whether or not to bear a child is central to a woman’s life, to her well-being and dignity. … When government controls that decision for her, she is being treated as less than a fully adult human responsible for her own choices.” In our bipartisan democracy, the topic of abortion is highly thought of as something that regards life or death. To Ginsburg, it emerges into a much broader and expansive notion of whether women are truly being treated equally and whether sexism influences reproductive restrictions. As the only woman on court at that time, she spoke as the spearhead of gender equity everywhere and the true connection between abortion rights and misogyny—“She spoke most robustly in her dissent in Gonzales about the sexism that is foundational to abortion restrictions, and that infected the majority opinion.”

From her start in the Supreme Court up until recently, abortion rights were not under immediate threat. Women, non-binary, and transgender men all over the United States had their reproductive rights protected since most restrictive abortion laws did not come to fruition in the Supreme Court. For example, in 2016, the Supreme Court struck down Texas’ HB 2 TRAP law, which would have shut down most clinics in the state, as unconstitutional and a burden.  That is, until Ginsburg passed away under President Trump.

When Ginsburg was on court, the SCOTUS makeup was more or less equal in terms of conservative or liberal policies. When Ginsburg died and Amy Coney Barret (ACB) was appointed, the makeup leaned towards conservative. In other words, Amy Coney Barret’s views oppose those of RGB’s. Where RGB supported abortion, ACB rejects it and has “cast votes suggesting she would uphold state abortion restrictions that Ginsburg found violated the Constitution,” according to AP.

The huge rightwards shift has profound consequences that have rippled throughout our country in recent news. Previously, when conversations about Roe v. Wade had arose in our court systems, it’s been in favor of protecting women’s rights; neither side had the immediate upper hand. Now with the 6-3 majority, the conversations are shifting towards denying rights.

Currently, abortion rights are under fire. In Texas, a law inhibiting abortions past 6 weeks has been allowed to remain in place by the Supreme Court—a time frame before many women know they’re pregnant. Texas Governor Greg Abbott signed the law in May which was appealed as an emergency by abortion providers, only for the SCOTUS to vote 5-4, denying the appeal. Abortion laws in Texas are enforced by state and local officials, with criminal offenses available to anyone who aids in abortion. The law allows private citizens to sue abortion providers or even someone who simply drives someone to a clinic.

President Biden responded to the Texas law by saying he will examine “what steps the federal government can take to ensure that women in Texas have access to safe and legal abortions as protected by Roe.” In 12 other states, actions to police abortions are emerging but luckily have been blocked from coming to fruition. In Mississippi, the state is demanding abortions to be banned after 15 weeks of pregnancy and will present their case in the fall. This decision illustrates the repercussions of Ginsburg’s passing. Had she been in court, the ruling would have been in favor of the appeal.

Unfortunately, Ginsburg’s ideology of women’s autonomy is slowly diminishing from our higher courts. The battles she fought are becoming more and more part of our history rather than our future. The conservative majority has tightened their grip on issues like abortion rights, which could only result in more disarray and inequality—something Ginsburg spent her entire life fighting against.